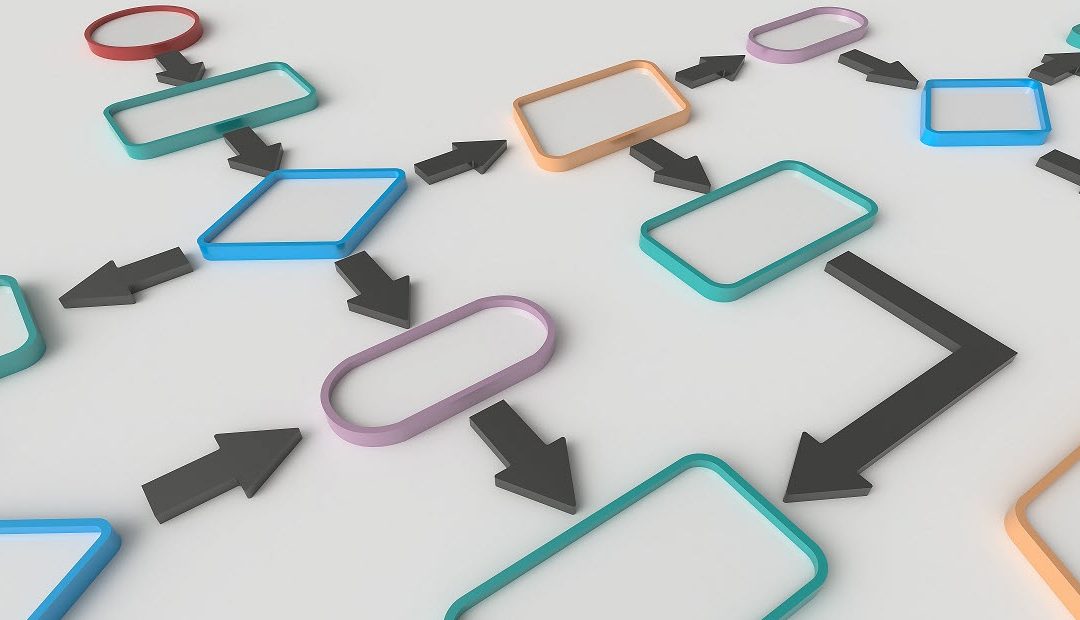 I’ve had the Good Fortune to work alongside a process zealot, and some of that must have rubbed off. I’ve also worked with clients struggling with their process systems to improve their business.

Usually, it was in the manufacturing or service side of their business that they saw the most success. This makes sense given the tools available and the step-by-step nature of these areas.

The outlier, of course, was the sales department.

Since the start of the industrial revolution people have been looking for the one best way to get things done, and standardization emerged as the key driver of incredible growth since that time.

In the post-World War II era, the execution of the Marshall Plan in part sought to engage outside experts in rebuilding the Japanese Industrial economy. From the various programs that emerged was a uniquely Japanese management system/philosophy known as Kaizen (roughly translated as “continuous improvement”).

Kaizen approaches include Point Kaizen, the immediate fixing of small problems, and System Kaizen, a means of addressing system-level problems. The Kaizen activity cycle is described as Plan-Do-Check-Act (also known as PDCA, the Deming Cycle, or the Shewhart Cycle).

One of the first and most famous implementations was at Toyota with its development of the Toyota Production System. Subsequently, the adoption of Kaizen and other related management philosophies in Japanese industry is widely credited for lifting Japan from its devastated state to the world’s second-largest economy in the latter half of the 20th century.

One of the most famous participants in this success was Dr. W.E. Deming. He later returned to North America and in the 1980s worked with the Ford Motor Company and was instrumental in their impressive turnaround. The impact of this work, along with various related publications in the 1980s and early 90s, had western boardrooms abuzz and executives scrambling for books on Kaizen and Japanese management systems.

Meanwhile, in North America, certain quality assurance standards began in the 1950s with an effort by the US Department of Defense to ensure that the large organizations that supplied them complied with its quality standards. As these standards expanded and gained recognition and adoption, they emerged to become what is known as ISO 9000, first published by the International Organization for Standardization in 1987. Over time, ISO certification became the de-facto requirement of large supply contracts for government or highly regulated industries, and an entire consulting industry grew up around completing these certifications. The standards have evolved over time, with the latest version being 2015.

Six Sigma is ISO’s nerdy brother. Its premise is a process intended to result in a 99.99966% defect-free production quality. Highly dependent on statistical methods, it was first implemented at Motorola in 1986, and later at General Electric in 1995. It is most relevant for large manufacturing environments, and its primary body for training and certification is the American Society for Quality.

The common thread of all of these quality assurance and management systems is that they are best suited to highly structured organizations and processes. The resources and expense required to implement these programs mean that they have typically been restricted to large organizations, though they have been attempted across a wide spectrum of organizations and industries.

Successful companies point to their implementation of quality programs, though some critics suggest that there is no cause-effect link between these programs and the company’s actual performance. They suggest that companies implementing these programs already had an internal focus on quality, along with other organizational and cultural factors, that could better explain their success.

It was also evident that not all parts of an organization are equal in their ability to adopt standardized procedures.

The challenge of standardization in people-based service businesses

Regardless of an organization’s size, a common experience is that standardization and quality programs are more difficult to implement in areas requiring a high level of human interaction. These tend to be less structured or high interaction, relationship-based processes.

People aren’t machines. They don’t always do things sequentially or follow the correct steps. Our drivers are more often emotional than logical. If I were to ask you what the standard operating procedure was for making a new friend, you’d probably look at me funny.

Ultimately any system that tries to constrain human creativity and ingenuity is probably doomed to fail, as it probably should.

Statistical probability may be fine when applied to complex manufacturing processes in controlled environments, but highly fluid transactions that rely on a person-to-person dynamic face even more variability. With this variability, the process tree can become so complex as to become meaningless.

In other words, having people involved can really mess things up.

The emergence of Enterprise Resource Planning (ERP) systems in the 1990s points to organizations attempting to implement a systems approach to best practice across all of their functional areas. Most often finding success in their manufacturing or back-office processes, they often hit a wall with their sales department. They were not, however, willing to give up the perceived benefit of including their customer experience into their integrated systems, thus the Customer Relationship Management (CRM) system was born.

The wide adoption and acceptance of CRM systems show that there can be a clear benefit to adapting standardized tools to people-oriented processes.

The benefits of best practice standardization

These days it’s hard to imagine someone in a people-facing position not having the benefit of a system to support those interactions. These systems support the routine or mundane tasks that are a part of all processes, leaving the higher-level functions of human interaction and relationships to the people involved.

As a big fan of my own CRM, I have experienced the benefit of these systems. There are gaps, however, and the potential benefit of further best practice integration should not be ignored. In thinking of my own business as it commercial real estate broker I saw several opportunities:

Often in transaction-focused interactions, the path of least resistance is the most natural path to follow to complete the transaction, leaving the possibility for missed opportunities in value creation. Best practice steps are easily missed, with the time given to pause and reflect being unnecessarily rushed. A supporting framework that includes these steps has the best chance to find opportunities for added value that may not be evident in the ordinary course of the transaction.

In a transaction-based business, you are often closing one transaction and immediately moving on to the next. If the transaction is successful there can be little motivation to examine it for areas of improvement. However, a documented procedure that is continuously used and reviewed can also be continually renewed, and potential improvements can be identified as people follow their natural flow and realize that not all of what they were actually doing was in the procedure.

Not everyone follows a best practice pattern, and competencies are not equal across all people in an organization The most consistent performers have been known to follow a practiced routine. From their 6 a.m. workout to their 6 p.m. administration time, their best practice behaviors are often known only to them. By understanding and capturing these behaviors in a set of best practices, they can be brought into service by more people and provide greater value for more clients.

But how to do this without stifling the creativity and ingenuity often found in person-to-person interactions?

Flexibility, adaptability, and the development of “CRE Playbooks”

It’s not that people can’t follow complex instructions and processes. In fact, it’s their very ability to adapt to fluid situations that make them best suited to dealing with the most complex situations. It’s also what makes it difficult to standardize any process for working in these situations. The high degree of variability means that an opportunity must be present for human Ingenuity to take over.

Military rules of engagement and the playbook of your favorite team are both attempts to apply procedures and processes to often chaotic and complex situations. But things don’t always go according to plan. When this happens the best-laid plans allow for a time when human ingenuity takes the lead.

Similarly, the standard operating procedure for a relationship-based process should allow for the human element to be front and centre, while providing a supporting framework to take care of the “easy stuff”. It should provide guidelines and recommendations, rather than hard and fast rules.

I had a thought that standardization and quality control could be brought to bear in the commercial real estate brokerage industry to create a better value chain for clients. It was a daunting task given all of the considerations mentioned above. It seems apparent that how it could be done was not through the rigid implementation of processes and procedures, but rather the compilation of robust guidance documents that could be implemented within an integrated CRM and project management system.

In reviewing a large slate of transaction files it quickly became apparent that all of the processes used to complete them were not readily available or even documented. Transaction documents and regulatory requirements dictate that plenty of documentation exists, but there is very little visibility into the person-to-person interaction that is so critical. For that, I had to turn to my own experience and one on one conversations with industry insiders.

I started developing what I call “CRE Playbooks”. These Playbooks cover the complete range of commercial real estate transactions such as property sales, leasing, and buyer and tenant representation engagements. I documented the sequential steps normally encountered at various stages, as well as opportunities to insert additional “value ad” processes. Also, I created links to all of the supporting documentation, tools, and resources required at every stage of the process.

It quickly became apparent that various stages of a process would lead “off the page”, to await third-party decisions or actions, or because it was complex enough to need further development. What also became apparent is that I had just given myself years worth of work.

What started as a thought experiment has, over the past six months, become a system I have already begun to use in my day-to-day business and that I’m certain will just become better over time. For this to happen I know will involve the input of many other people.

As if I needed another reason to buy someone a coffee coming out of quarantine.